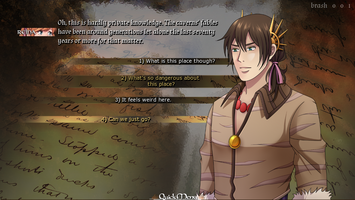 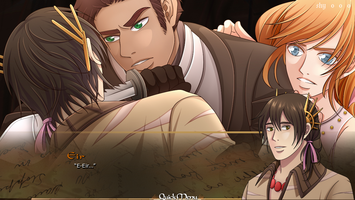 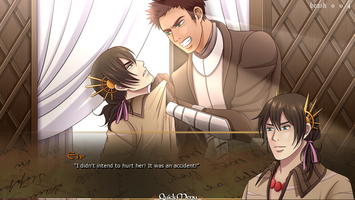 Hi guys! It's been a good long while hasn't it. ^_^; There's been a ton of new progress on this game. I've scraped the idea of releasing in chapters, instead I'm going ot release this game in two parts. The first will be Aether Skies: Scion, which follows the demo and you play Eir instead. The second game or part will be Aether Skies: Exalt which follows the Exalt side of the story. I'm still keeping one page and eventually the two will be available as one game.

A whole lot of project development happened over the holiday season. Scion has reached over 40,000 words and 100 choices and is continued to be fleshed out. It's been great to focus on one side as I feel more productive. The art for the new sprites is finishing up nicely and the new CG should be done soon. Once this is finished an extended play of Chapter 1 and 2 for Aether Skies: Scion will be available and the new demo posted. I removed the link for now until the new one is posted. Please look forward to it.

That said, I'm happy to show off two new characters; Vleorae and the Exalt. The Exalt finally has a sprite and I'm excited to share. Valorea is brand new so I'll give you a little more on him. 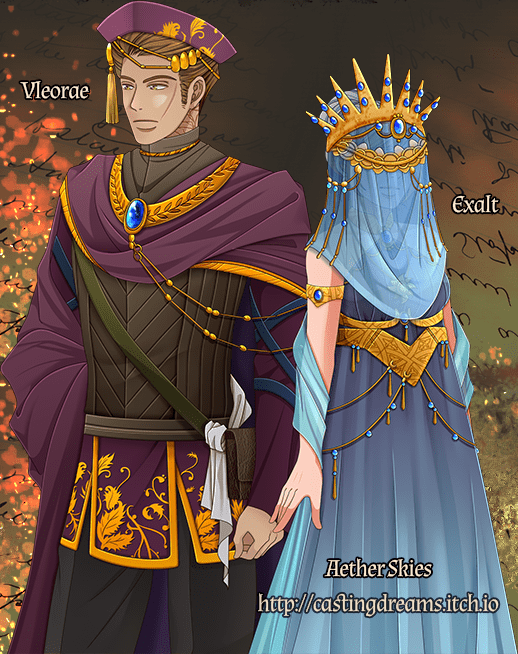 "Among the neighboring countries,  Vleorae
is the one you don’t want to cross. They
pushed back Idwall’s forces in the war  and
have been accepting retribution payments
for the last two decades.

The Emissary's fierce position
ensures that payments are timely
and the interest of Vleorae are met.
He challenges the power of the Exalt
and is winning support of her citizens.

Outside of politics not much is known
about the man behind the Vleorae name."

Since you're reading this on itch.io I'll give you a bit more of a bonus. Vleorae is not his name. It's his country. He's an politician and while in Leith he is the voice of his homeland. He didn't get this position by sucking his thumb in law school and hoping his daddy's cock would earn him a good position. Vleorae knows when to apply pressure, and when his death glares could turn to allure and charm. He's polished, well groomed, fiercely patriarch to his homeland, and also not a bad aim with his crossbow. I'm being modest, he's down right ruthless with archery, which he enjoys the thrill of the hunt for beasts or scions. In addition, the emissary is also a survivor; from an assassination attempt the result of which caused severe scalding of his neck and torso.

A mutilated king, a throne that was never meant to be hers, & a man who is the last of his kind.